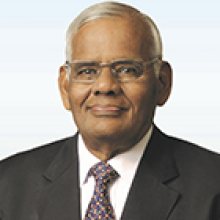 Mr Subramaniam began his accounting career in 1965 as a trainee with Blackborn Mellstrom & Co, London and subsequently with Ernst & Young, London. He joined Ernst & Young, Singapore in January 1971 and was invited to be a partner in July 1976, a position he held till retirement in December 1993. Mr Subramaniam continued as an associate of the firm from January 1994 until December 2003. His major areas of experience include audit, investigations, IPOs, mergers and acquisitions. He was for a number of years a member of the Accounting Standards Committee of the Institute of Certified Public Accountants of Singapore (now known as the Institute of Singapore Chartered Accountants) and a member of the Accounting and Auditing Standards, Quality Control and Professional Development Committees of Ernst & Young International.

Mr Subramaniam is the Non-Executive Chairman of the Company’s principal subsidiary, Thakral Capital Holdings Pte Ltd, a Director of the Company’s principal subsidiaries, SJ Property Investments Pte Ltd and Nihon Property Investments Pte Ltd, a Director of AWWA Ltd and a Fellow of the Institute of Chartered Accountants in England and Wales, the Institute of Singapore Chartered Accountants and the Singapore Institute of Directors. He holds a Bachelor of Arts Degree from the University of Malaya in Singapore. 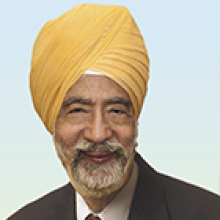 Mr Kartar Singh is widely knowledgeable and has an excellent record in steering the Group successfully through its peaks and troughs through many business cycles. His foresight and astute reading of the macro economic trends have continuously benefitted the Group. The sale of the Group’s Hong Kong warehouse at the height of the property cycle is one example of his foresight. He was pivotal in the re-positioning of the Group’s businesses and entry into the Japanese and Australia investments are now being rewarded. Mr Kartar Singh continues to provide insight and guidance on the Group’s operations and contributes effectively in his role as an Executive Director and at the Board, Board Committee and operational levels.

Mr Kartar Singh was the Joint Chairman and Non-Executive Director of Australia listed Thakral Holdings Limited and a Non-Executive Director of India listed GIVO Limited till 22 October 2012 and 31 March 2009 respectively. He was a director of the Singapore Trade Development Board appointed by the Minister for Trade and Industry for a period of four years until 31 December 1998. He was also a member of the Committee to Promote Enterprise Overseas and a member of the Regional Business Forum, both appointed by the Singapore Government; and was a trustee of Singapore Indian Development Association from 1991 till 31 December 2006. Mr Kartar Singh was awarded the Singapore Australian Business Council President’s Medal in 1998 for significant contribution to the Australian Singapore business community. He had been awarded Business Man of the Year 1995 at the Singapore Business
Awards 1996.

Mr Kartar Singh is a Director of a number of subsidiaries of the Company in China, Hong Kong and Singapore. He is the Chairman of the Thakral Family Group of Companies, a Founder Trustee of Nishan-E-Sikhi Charitable Trust, India, a trustee of the Singapore Sikh Education Foundation and Sri Guru Nanak Sat Sang Sabha and a patron of Singapore Khalsa Association, Singapore Sikh Welfare Council and Central Sikh Gurdwara Board. 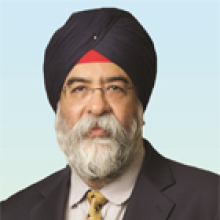 Mr Inderbethal Singh Thakral (“Mr Bethal”) is the Chief Executive Officer and an Executive Director of the Group. He played an instrumental role in the listing of the Group back in 1995, as well as the transformation of the Group including the growth of its Investment Division in markets such as Japan, Australia and Singapore and the repositioning of the Lifestyle Division to focus on beauty and wellness products.

Having broadened the Group’s income streams beyond China, Mr Bethal continues to spearhead the Group’s strategic growth in these markets for positive and sustainable returns. He has a long and illustrious track record having led the Group’s operations in Hong Kong and China since 1984.

Mr Bethal is a Director of the Company’s various subsidiaries in China, Hong Kong and Singapore and the Chairman of a charity organisation, Sahib Sri Guru Gobind Singh Ji Education Trust, Hong Kong. 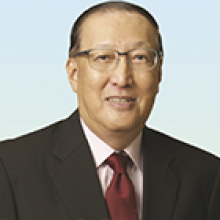 Mr Lee Ying Cheun is a Non-Executive Director of the Company. He held various appointments in the Economic Development Board and the Trade Development Board from 1966 to 1994. Thereafter, Mr Lee had held executive and non-executive positions in various private and public companies in Singapore, Hong Kong, China, USA and Australia. In foreign service, Mr Lee was Singapore’s Non-Resident Ambassador to Brazil, Panama and Mexico, Consul-General to Osaka and Trade Representative to China. Mr Lee sits on the Board of Company’s various subsidiaries in Singapore. 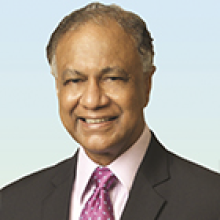 Mr Dileep Nair is a Non-Executive Director of the Company. He has more than 30 years of experience in governance and public service. His experience includes both stints in the Singapore Government civil service and the United Nations secretariat. Mr Nair was with the Ministry of Foreign Affairs serving as the High Commissioner to the Republic of Ghana from 2013 to 2016. Prior to that, he was the Ambassador to the Lao People’s Democratic Republic from 2011 to 2013 and the Consul-General to the Emirate of Dubai from 2006 to 2010. He was the Under-Secretary-General for Internal Oversight Services at the United Nations from 2000 to 2005.

Mr Nair was awarded the Public Service Medal (Silver) in 1994 by the Singapore Government and the Friendship Medal in 2013 by the Government of Laos. He holds a Bachelor of Engineering from McGill University and a Master in Public Administration from Harvard University. 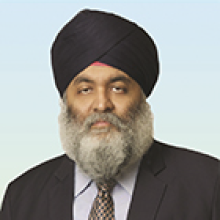 Bikram is the Chief Executive Officer and a Director of Thakral One Pte Ltd, a Thakral Family group-owned technology consulting firm, headquartered in Singapore with operations across Asia Pacific. Thakral One Pte Ltd is primarily focused on providing technology and data-analytics solutions to financial institutions, telcos, healthcare institutions and other regional enterprise customers. Bikram also oversees Thakral Services (India) Ltd, which provides electronics security solutions and products across India. He is part of the leadership team that evaluates and executes mergers and acquisitions for the Thakral Family Group of Companies. Prior to joining the Thakral Family businesses, Bikram was a strategy consultant at a leading management consulting firm headquartered in Boston, Massachusetts, where he focused on corporate and consumer strategy. He also consulted with various public sector organisations in Asia in the areas of sector competitiveness and public policy.

Bikram is a Director of various Singapore subsidiaries of the Company, a Non-Executive Director of India listed Thakral Services (India) Ltd. He graduated with a Bachelor of Business Administration (Honours) from the National University of Singapore and attended executive education at the Harvard Business School.